Just a quick informational update - here are a few events/talks about pollinators or pollinator gardens that may interest you this winter.
Tuesday February 1, 2011. "How to make a Pollinator Garden" by Clement Kent. TBG, for the Toronto Master Gardeners. Unfortunately, I think attendance at this event is restricted to Master Gardeners. However, I plan to drop in beforehand at the NANPS (North American Native Plant Society) meeting, also at TBG, 6:30 onward. Sean Fox is speaking on "Rare Native Woodland Plants of Ontario". Unfortunately this overlaps my Master Gardeners talk so I'll miss most of the NANPS meeting, but hope to touch base and meet those of you who are NANPS regulars there.
Also, I will be distributing a few pre-publication copies of my new booklet, "How to make a Pollinator Garden" by Clement Kent (what a coincidence - same name....wonder how that happened?) to those willing to be constructive critics, at NANPS and at the Master Gardeners. See below, Canada Blooms, for the publication launch of this booklet.
Thursday February 10, 2011. "How to make a Pollinator Garden" by Clement Kent for the Huronia Beekeepers Association, in Orillia at the Highwayman Inn, 7:30-9. Gosh, same title again? Well as it happens I shift the content of the talk depending on the audience. The HBA folk don't need a ton of details about bees (although I will be going into some detail on native bees that differ from honeybees), just as the Master Gardeners don't need detailed advice about how to care for plants. At the HBA, I'll be focusing on what kind of pollinator gardens are (a) suited to a cooler, less urban climate than southern Ontario, (b) provide maximum benefit to a suite of native bees and other pollinators, and (c) what some of steps are to use public spaces for these gardens. I hope potential pollinator gardeners in the Orillia/Barrie/Muskoka area will drop in, even if you're not beekeepers - the HBA folk say the meetings are open to all and they seem like very nice people to meet. Bee careful though - after you've sampled good Canadian honey (not the Asian imports you get in most grocery stores) you might feel a new hobby coming on...
Saturday February 26, 2011. "Pollination Symposium" of Pollination Guelph, at the Harcourt Memorial United Church, located at 87 Dean Ave in Guelph from 9am - 3:30pm ($30 in advance - email pollinationguelph@gmail.com).  Talks will cover such topics as the current plight of bumble bees, the importance of flies as pollinators, collecting and sourcing seeds for planting projects, creating sustainable and pollinator-friendly landscaping and school gardens, the value of native vs non-native plants for pollinators, ways to get involved as pollinator stewards in your community, and updates from Pollination Guelph.
Monday February 28 2011. "Trees in the Urban Setting" by Linda Hawkins, for the Horticultural Societies of Parkdale and Toronto, in Toronto at the Bonar-Parkdale Presbyterian Church (250 Dunn Ave., just south of Queen St. West). This might seem a bit off-topic until you realize that spring and early summer flowering trees are crucial resources for pollinators during seasons when there aren't as many flowers blooming as later in the summer. Think buckeye, honey locust, tulip tree, catalpa, redbud - these are some of our most beautiful street trees. Come and hear more about them! Also, if you want to help at the Pollinator Gardens/Project Chirp booth and Feature Garden at Canada Blooms (see next item), this meeting is your last chance to volunteer.
Tuesday March 15 - Sunday March 20, 2011. "Pollinator Gardens/Project Chirp" at Canada Blooms.We (the Pollinator Gardens project of the Parkdale and Toronto Horticultural Society) and Project Chirp are collaborating to have a booth and a Feature Garden at this well known gardening event in the CNE grounds of Toronto. These will be on display each day of the show - come and visit us. We definitely need volunteers to help with these - if you want to help, send email with "Pollinator Gardens volunteer" in the subject line to info@parkdaletorontohort.com.
Our Feature Garden will have native wildflowers in bloom, including trees, shrubs, and perennials. They will be colorful, fragrant, and all are beneficial to pollinators. There will be water plants, berry-bearing shrubs for hungry birds, butterfly flowers that also are food plants for caterpillars, and more. Drop by our booth after viewing the garden to ask questions or browse our literature.
In addition we have three seminars, all in Garden Solutions Rm 105, Hall A in the Direct Energy Centre: 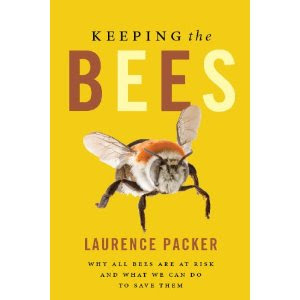 Many Monarchs – Too Much of a Good Thing?