A Review of Sweet Things at the Revue


The Revue Cinema has been in its west-end Toronto community for 100 years now. Today Bee Biologist Brock (known as BBB to friends) Harpur and I attended the Epicure's Revue, a monthly event featuring a film on food plus tastings provided by a number of local chefs and eateries.

Today's feature film was Colony, a documentary by Carter Gunn and Ross McDonnell about American beekeepers and their trials with colony collapse disorder. This is the mysterious problem which has caused honeybee colonies to simply pull up stakes and fly away into the sunset, to their beekeepers' distress.

The film does a good job of introducing some interesting characters in the beekeeping community and showing how the colony collapse combined with the 2008 economic collapse has been ruining their businesses. However, it takes a limited point of view heavily influenced by these large commercial "pollinators", as beekeepers whose main business is renting out their bees for crop pollination call themselves. The idea that being on a flatbed truck several months of the year, fed sugar water, and moved from Florida to California to Maine to Florida might be stressing the bees never came up. Beautiful visual filmwork and lots of human interest, but a partial failure through not exposing us to more sides of the problem.


No such caveats apply to the tastings before the show! BBB, who has a sensitive palate, thought highly of them while I positively wallowed in the lavender and honey ice cream from the Chocolateria and the chevre balls coated with nuts and honey from Lardon, just next to the cinema. For chocolate lovers, I should note that the Chocolateria has run some other wonderful events at the Revue.


Fred Davis, who keeps bees in several Toronto locations including atop the Canadian Opera Company's building, provided tastings of COC summer and fall honey, as well as Casa Loma honey and comb. He described beekeeping in Toronto at landmark sites and showed beekeepers gear. You can here more from Fred here.

Fred is just one of over 60 members of the Toronto Beekeepers Co-op. There were other members at the Revue, including musician Maria Kasstan who was staffing a Seeds of Diversity booth, just as in the picture from last year. There's a great interview with Maria here. Maria is a member of the Raging Grannies, and I believe may have provided a song or two about pollinators at a recent event (but, I can't find a link. Help!).

All in all, a very sweet event!
Posted by Clement Kent at 12:12 AM No comments:

Pollinators and Fruit, or Pears and Question Marks

I just posted on the Horticultural Societies of Parkdale & Toronto's general blog an article on pears and the fungus disease that's whacked them in Toronto this year . But I saved this picture of the pears under our cottage trees for this blog.


Some pears had fallen and were rotting. The Question Mark butterfly (Polygonia interrogationis)  was feeding on the yeasty fluids; at other times of the year this butterfly and its closely related cousin, the Comma (Polygonia comma) can be found drinking from sap flows on tree trunks. 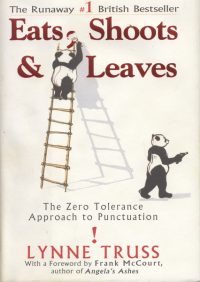 The two species are quite similar and are distinguished by small silver markings on the back of the hindwing. So, I wasn't sure whether I to put a Comma or a Question Mark here, until I closely examined the second picture. This brought to mind that wonderful reference for all of us confused about punctuation, Eats, Shoots and Leaves by Lynne Truss.

The title brings me to a question all pollinator gardeners should ask when they see a butterfly they like: does the caterpillar eat shoots and leaves? If so, what kinds?

Nettles are food plants for the beautiful Tortoiseshell and Red Admiral butterflies too. That's why I'm probably the only flower gardener I know crazy enough to deliberately plant stinging nettles in his garden. However, boiled nettle leaves do not sting and make a healthy tea or addition to stew, so perhaps there are some veggie/herb gardeners out their with nettle patches.


In the tropics you can see a wide variety of vivid butterflies on freshly cut or rotting fruit. I remember seeing dozens on a feeder in the Arenal Volcano Preserve in Costa Rica.

Butterflies are not the only fruit juice drinkers that are pollinators. Of course we have all seen wasps on rotting fruit, but I am not suggesting you encourage that in your pollinator garden!

The final fruit-fiend pollinator Ontario gardeners should know about is the oriole. Our Baltimore Orioles migrate south to Central America in winter and will damage fruit in orange groves to get their favorite drink. The northern gardener can take advantage of this by putting cut orange slices on a platform feeder (that raccoons and squirrels can't reach!) in May and June to entice orioles to nest nearby.

So, if you want to attract pollinators with more than just flowers, add some fruit trees or bushes to your garden!


All images in this blog have Creative Commons rights reserved by the photographers. Non-commercial re-use is allowed so long as the author is acknowledged and this reuse restriction is mentioned.
Posted by Clement Kent at 11:16 PM No comments: