homage to Indigenous Plants and their pollinators 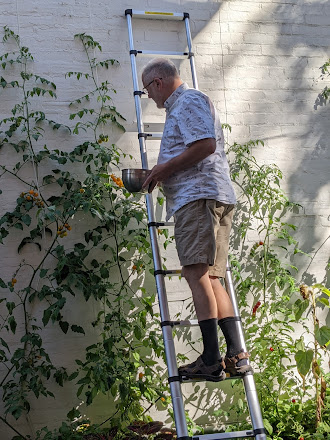 harvesting tomatoes from my wall garden in September

On Tuesday I spoke on "My Wall" to the Horticultural Societies of Parkdale and Toronto. I'm not going to go into great detail here, as a recording of the talk will eventually go up on our Youtube channel.  (And by the way, some older talks are at my own channel).

What I am going to do on this National Day for Truth and Reconciliation is highlight how the three plants I grew this year on my wall were all domesticated by native peoples of the Central and South Americas. Keeping this in mind every time you eat something in tomato sauce or eat French fries is a way of enriching your food appreciation with Indigenous history. 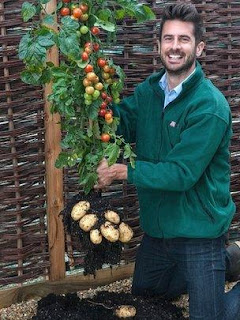 "TomTato" - cherry tomato grafted on potato
Did you know that tomatoes and potatoes are kissing cousins in the plant world? In the talk I go into the way this confused early botanists as they tried to classify these natives of the Andean slopes and lowlands of Peru and Chile. But the picture of the grafted TomTato above makes their closeness clear. Yes, this plant grew hundreds of cherry tomatoes and a dozen good size potatoes!
There are still dozens of wild species of tomato and potato in the Americas, and plant breeders make good use of them to add disease resistance or better flavour to domestic varieties. We know that the Aztecs had tomatoes that had been selected to be bigger than the cherry-sized wild species, which they grew in their sophisticated floating gardens or Chinampas. The Nahuatl word for tomatoes and their relatives the tomatillos is tomatl. Ancestors of our large garden tomatoes probably weren't grown in Canada because they need a long hot season, but tomatillos certainly were here (they can be found wild if you look for them). Try some of the great Mexican recipes for tomatillo salsa verde or tomatillo chicken. 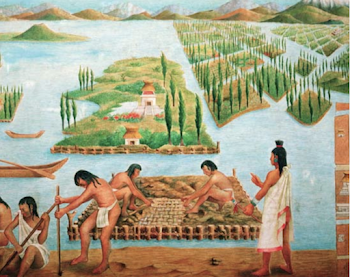 artist's depiction of chinampas on Mexican lakes
The tomatoes and potatoes are in the plant family Solanaceae. They have adaptations to special pollinators. The pollen in the flowers is tightly held and doesn't rub off easily, making invasive species like honey bees poor pollinators. But, if a bumblebee lands on a flower, it vibrates its wing muscles at a certain frequency. This sends "shivers" up the flower which then releases its pollen to fall onto the abundant hairs on the bumblebee.
There are a number of special pollinators of plants domesticated by Indigenous people. The local wild ground cherry (tomatillo) is pollinated by the broad footed cellophane bee (Colletes latitarsis). Cellophane? These bees nest in moist ground. They line their tunnels with a secretion that dries to a clear, water-resistant substance that reminds people of cellophane. This keeps their young and the stored pollen clean and dry. 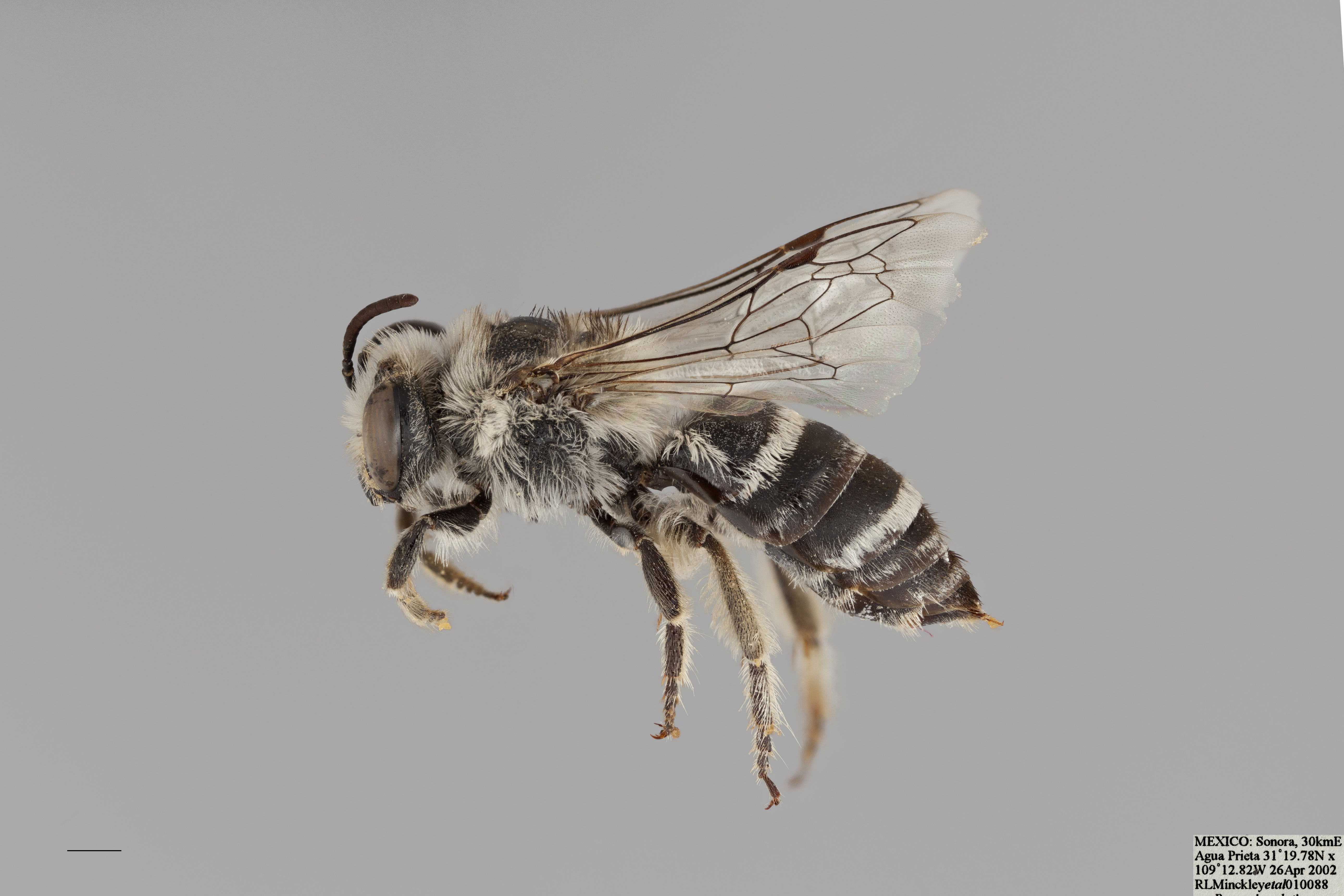 broad footed cellophane bee, Packer Lab - search for "bugsrus"
Up to ten species of tomatillos and related ground cherries were used by Indigenous peoples of North America - for details you can download the massive 1991 book "Traditional Plant Foods of Canadian Indigenous Peoples: Nutrition, Botany, and Use" by Harriet Kuhnlein and Nancy Turner (hint: page 173). Any Ontario archaeologists out there? Have these been found at pre-European sites here?
One of the best heritage tomatoes for taste and colour is Cherokee Purple, said to have come from plants grown by the Cherokee people. I find most heritage tomatoes much tastier than modern commercial tomatoes, so grow some yourself next year along with some tomatillos and of course hot peppers (also Indigenous domestication) to taste what meals might have been like in a Cherokee village or Aztec city before Europeans. 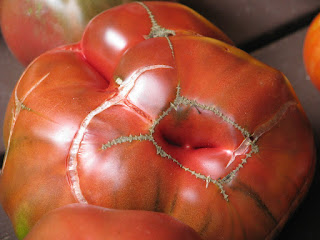 Cherokee Purple from my wall
My goodness - out of time and I haven't even gotten to my other two wall plants - nasturtiums and passionflowers. Maybe next time? Or watch for the talk recording... 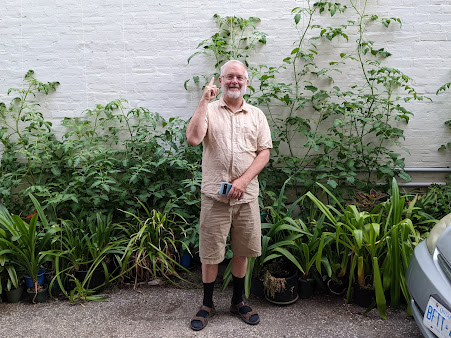 the wall in July - it reached 15 feet/5 meters by October
Cheers,
Clement Kent
Posted by Clement Kent at 11:50 AM