That's Pollinator Gardens at Dufferin Grove to the uninitiated. We had a pleasant afternoon meeting people at the organic market at the park, thanks to help from Anne Freeman - thanks Anne! Ten people joined our mailing list - and it's especially nice to note that several of them are teachers, since we are looking forward to doing in-school pollinator gardens.

Since I last posted to the blog, about 60% of a large garden bed at High Park has been planted with pollinator-friendly plants. This was done with the assistance of several PG project members and a great squad of High Park staff - many thanks to Cheryl, Tanya, and several others whose names I forgot to write down! I'll be getting our final spring order of plants this weekend and finishing High Park planting soon. Meanwhile, here are shots of the beginning of the High Park PG: 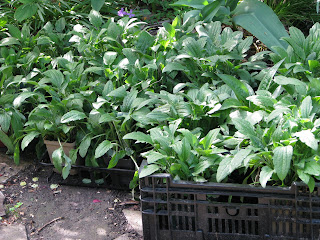 Brown-eyed Susan, Rudbeckia triloba (donated by Valerie Knapp - thanks!) waiting to go to the park... 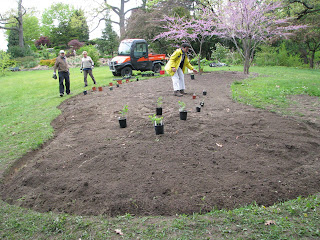 Laying out the garden - note how long it is! It runs down from the redbud trees at the top towards Grenadier Pond at the bottom. The soil is sandy and light, so all the plants were chosen to survive dry conditions. 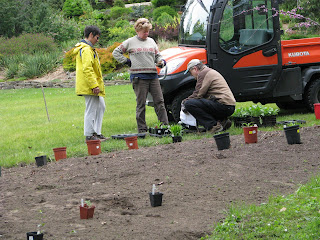 Getting ready to dig the plants in... 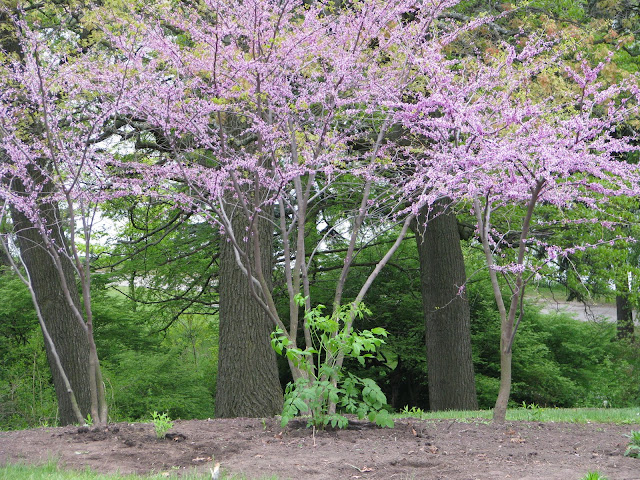 A goatsbeard, Aruncus dioicus, under the redbuds. This shade tolerant native came from my garden, and will be the first of our plants to bloom with long white spires in June.

So, now that we've got our first PPG (Park Pollinator Garden) planted, we're delighted that this Sunday (May 30, 2010) we'll be helping staff at Dufferin Grove Park refresh a native planting at the southwest end of the park.

That's all for now - next post will have a native plant list.
Posted by Clement Kent at 11:36 PM No comments: 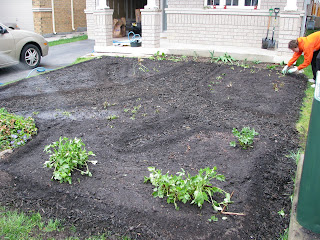 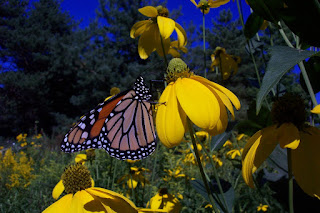 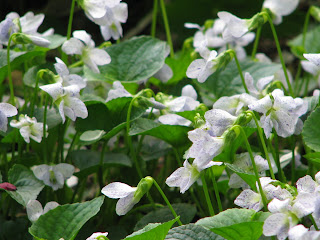 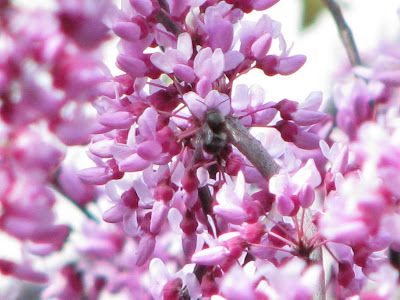 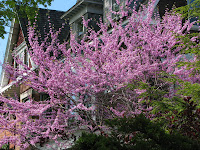 Posted by Clement Kent at 11:28 PM No comments: 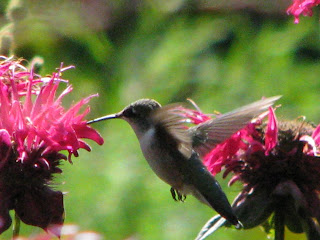 We're doing that by planting gardens of native plants. Our flowers will give nectar and pollen to BBB's. Leaves and stems of these plants will provide food and nesting sites.

Most of all, a Pollinator Garden helps make people aware - aware of the many kinds of native pollinators we have, of how we can help them (many are in trouble!), and of how they help us. Each PG is a small step towards rebuilding native ecosystems for some of our most colorful, most interesting, most essential, and most misunderstood wild creatures.

My name is Clement Kent. I'm a gardener, a biologist, and a big fan of 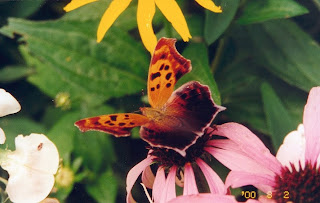 As a gardener, I know how much many of us enjoy helping others grow beautiful gardens and learning from each other how to be better gardeners. I've enlisted the help of a great group, the Horticultural Societies of Parkdale and Toronto (what a mouthful - the Hort from here on - check them out!). They are helping fund this project and many of them are some of the first to have Pollinator Gardens. But the PG project isn't limited to Hort members - anyone can join.

As a biologist, I work with specialists in birds, butterflies, and bees. I know from these good folk that many of our native species are having a hard time coping with all the changes we've thrown at them - loss of habitat, poisoning by pesticides - and some are endangered. A few have even gone extinct. Don't take my word for it - follow these links to find out more about risks to birds, butterflies, and bees.

As a big fan of these 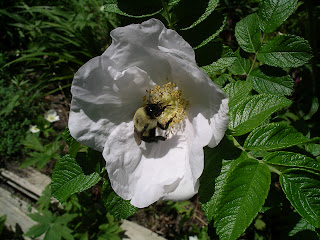 beautiful, interesting, and useful creatures I know that they will benefit immensely if more of us know about them and how they live. Each of us can make a difference! That's why we're planning and planting Pollinator Gardens. Plus, it's win-win. They benefit, but so do we. We benefit from the essential ecosystem services they provide (pollination, being part of many food chains) but we also benefit from just having more of them in our yards and public places. They're fun to watch, great for kids and teachers.

Next time I post I'll describe how to join our project and give some details on plants and pollinators. Meanwhile, looking forward to your comments!

Posted by Clement Kent at 9:40 PM No comments: